Hey lovelies! Today topic is hopefully gonna be an informational post. With so much going on in the news, on social media, and generally in the world, it can be hard to know where you stand on certain topics. This post is gonna talk all about equality and equal rights, what it really means, and how it applies to todays society. I always like to put a disclaimer in any of my post’s that can be controversial. This is a safe space to share how you feel, and everyone has a right to their opinions. Please keep all comments respectful!

The state of being equal, especially in status, rights, and opportunities. 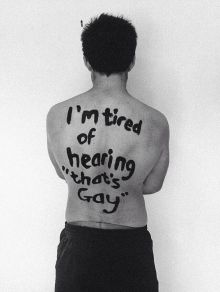 In the beginning, the equal rights amendment was started so women and men were to be treated equal. Equal pay, equal job opportunities, and equal in all other forms. Now, however equality has turned into something so much bigger than that. Equality means that no matter what you’re gender, gender identity, religion, sexual orientation, or race you are to be treated equal, and hopefully with respect. Jobs aren’t allowed to discriminate just because you like men, women, because you are black or white, because your transgender, and so on. In all reality, these laws and amendments were put into place mostly to curve workplace hiring and behavior. Unfortunately there are no laws or amendments that force other human beings to treat everyone equal that’s entirely up to each particular person. 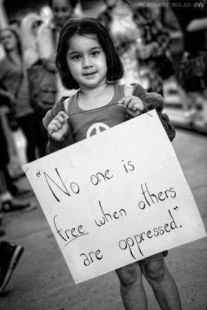 In 1963, most Americans did not yet believe that gender equality was possible or even desirable. Conventional wisdom held that a woman could not pursue a career and still be a fulfilled wife or successful mother. Nowadays like I mentioned earlier, it goes way beyond just equal rights for men and women. In our day and age, having a gay football player, a women president, a transgender speaker of the house, a black doctor, are frowned upon by some, and looked upon by others. The struggle with equality is saying I don’t mind someone of a different religion, but don’t bother me with the LGBTQ people. If you stand for equality, you must stand for equality of all. You cannot pick and choose what you like and what you don’t like. We as americans have freedom of speech, I think sometimes we think that gives us the right to be hurtful. It is never okay to be hurtful. Everyone is entitled to their own opinions, but if you feel the need to share those opinions always be respectful, we are all human beings after all.

“Don’t judge a pain you haven’t felt” I heard this quote when I was younger and it has stuck with me all through my adulthood. In my personal opinion, everyone struggles through life, there will always be ups and downs, but everyone has something to deal with. So I find it unimaginable to judge someone of something like being transgender, being a different sexual orientation then me, or even a different race then me. I can’t for one minute image what it’s like walking in the shoes of others, so how can I claim that someone or some race or gender is better than another. Although there are laws against workplace discrimination, that does not mean it doesn’t happen. It doesn’t mean women aren’t sexually abused at work, it doesn’t mean people of different races aren’t called horrible names, it doesn’t mean someone who aren’t LGBTQ aren’t harassed. Those who are brave enough to stand up and say “This is who I am, and I’m proud of it” should be shown respect not belittlement.

Equality Act 2010: The Act simplifies, strengthens and harmonises the current legislation to provide Britain with a new discrimination law which protects individuals from unfair treatment and promotes a fair and more equal society.

14th Amendment: An amendment to the United States Constitution, adopted in 1868. … It stated that no state could “deprive any person of life, liberty, or property, without due process of law; nor deny to any person within its jurisdiction the equal protection of the laws.”

Equality Under Law: is the principle that each independent being must be treated equally by the law  and that all are subject to the same laws of justice (due process). Therefore, the law must guarantee that no individual nor group of individuals should be privileged or discriminated against by the government. Equality before the law is one of the basic principles of liberalism.

View all posts by thehappyminimalistgirl

This site uses Akismet to reduce spam. Learn how your comment data is processed.

How To Re-Start Your Routine

What I’ve Been Loving

Ethically Made Clothing: What’s it all about

Turning 24 & Reflecting on this last year!